Leathergoods: Restocking has a new meaning In an era of sampling

The race for novelty products is just one step away from restocking and an increasing number of multi-brand shops have made the switch. While cash flow diminishes, the very definition of restocking is changing. Labels are aware of the problems and new purchase constraints that their retailers are facing so they have simplified the logistics chain.

Sales figures for fashion accessories in 2015 were not satisfactory. Except for shoes, they dropped 1% between last January to October, according to data from the Institut Français de la Mode (IFM). With a crisis looming over sales, it is logical that muli-brand retailers adopt…sales practices adapted to the crisis . What are the key words? Flexibility and cautious purchases. Missives that often lead shop owners to favor restocking rather than placing large orders at the beginning of the season. This is a time of constraint and there is a proliferation of services to attract the changing customer who is always looking for something new (although not a big spender). Many retailers hope to limit the damage and restocking is sometimes used in a new way: as a protagonist. However, it is gradually changing directions.

No more large restocking, but go for just-in-time deliveries!

Order at the beginning of the season have generally dropped. Purchases are done later in th season, so that retailers use just-in-time methods. Especially since many of them “do not work according to a seasonal calendar, unlike online e-stores and department stores,” clarifies Richard Lin, General Manager for Paquetage. There is a major trend developing: you need to be cautious and purchase on a piecemeal basis, at a trickle, or a “nibble”, in order to avoid storage and depleting one’s cash flow. “New problems appear: shops have a hard time with pre-season purchasing and prefer to buy for the current season. It is an era of sampling …We are here to adapt to retailers’ changing needs and expectations. I have a showroom and I offer an increasing amount of products that can be picked-up throughout the year,” notes Sylvie is straightforward: the latter “no longer want to take risks…or rather, they can no longer take risks, financially speaking.” Logically, although it is difficult to calculate, restocking accounts for a portion of a shop’s revenue: it accounts for 15% of Modes Carrel’s revenue, a multi-accessory shop in Lyon, 10% of Tertio’s revenue, a jewelry specialist in La Rochelle, and up to 30% of sales for Gas Bijoux that works in shorter, just-in-time periods than other labels. More eloquent, it Lady Di, a jewelry store in Montrouge, a Parisian suburb,  can multiply some initial purchases by four. In fact, the owner, Christelle Gérault, multiplied sales by 2.5 for the Brin d’Amour label, thanks to restocking.

Even those who did not rely on restocking are beginning to work in the same way. Christel Llorca, who manages Tertio in La Rochelle, is living proof: “I never did it until one year ago. I purchased my articles at the beginning of the season, except for a few labels that worked in just-in-time…We started a year ago because it allowed us to reduce stocking at the beginning of the season as well as the risk of error and therefore, unsold products.” The changing climate seems to be increasingly sudden and unpredictable and orders during the current season are often more reasonable. Françoise Micciche, Sales Manager for VDMD scarves agrees: “We are dependent on climate changes. In 2012, August was very cold; the season started quite early and a lot of restocking was off by one month.”

Skipping restocking in favor of novelty?

However, the very definition of restocking is changing as is the consumer environment. Christelle Gérault, manager for the Lady Di jewelry shop for 26 years, confirms: “for me, restocking means either reordering products that were successful, or trying another story.” The question is more clear-cut for François Houzard, in his third year as manager for Cayenne Maroquinerie in Granville: “I restock very little because during the first year of opening, I restocked for the best selling products, but it didn’t work…I prefer to turn to novelties.” Instead of restocking products that were delivered at the beginning more of an occasion to purely and simply renew the offer. Because the idea of novelty is what attracts customers, makes them walk into the store…even if repeats and timeless products tend to sell the best! It’s a paradox that retailers have to deal with which makes restocking vital. On the one hand, they have to count on classics and sure values and on the other hand, they need to purchase products that are adapted to the current climate (weather, trends…), thanks to the newly defined notion of restocking which is more in tune with fashion movements and is more resistant to competition from other distribution networks. Independent shops have to ensure constant renewal in order to compete with pure players, subsidiaries and other distribution giants who have made perpetual change their best asset. Martine Mattray, who manages the Indigo shop in Charlieu, also views restocking as a way of standing out. “I do very little restocking because I purchase ahead of time, but people like novelties. I introduce novelties into the store every two weeks.” For her, restocking is also a way of offering a more personalized service to a very versatile clientele…’Changing your mind at the drop of a hat’ is also true in the fashion world! Restocking is a way of showing that you are attentive and close to your clientele. It enriches customer relations and can be compared to an  attempt to add a social dimension to sales relations, even to strengthen the complicity with consumers. The offer has to be proactive, follow fashion trends and provide a decidedly different offer than neighboring businesses. By not overstocking and being more flexible, you may create a difference and increase sales. The owner of indigo notes this change: “There was no competition fifteen years ago. Now, everyone carries everything. Therefore, I intend to use my 150 m2 of floor space in a different way; people come for my selection, renewal and my emphasis on local designers,” whose collections cannot be discovered during trade shows. You have to think quickly, anticipate, offer something that others don’t offer (at least not  yet) ; restocking can be a way of adapting if a consumer trend appears in mid-season, or even be a way of readjusting in case of an error.

In order to approach restocking in the best way, there are useful management  tools for both retailers accessory labels. The internet and new technologies should not always be viewed as unfair competition, but rather as tangible solutions for improved  sales. First, in order to manage retail sales and to reference articles that are out of stock, a back office connected to dedicated software, as do Pierres de  Lune inMelun and Cayenne Maroquinerie in Granville. Software can calculate product performance as well as stock turnover, gathering essential data for planning and ordering restock.

The use of the internet as a complementary network should be stigma-free and  regarded as a support for the independent physical store. Labels should use the internet to simplify the logistics chain and become e-logisticians, with the aptitude of managing their restocks thanks to the set up of simple, performing computer systems, such as online reordering platforms to replace pre-season  trade show appointments as well as later appointments with sales agents in their showrooms at later dates. According to shopkeepers, the transition is underway. For Axe et Soir, millinery specialist in Belfort,”50% of labels have optimized tools such as catalogues and they use the internet.” Still in the hat sector as well as in leather goods, Isabelle Lenogue at Au Nouveau Siècle in Barcelonette, points out the “always fast and efficient” exchanges with labels”either by telephone or on the internet, such as with Barts and Isotoner.” Unfortunately, not everyone has taken the step. “There is still a lot to be done. Among about ten labels that I carry in my shop. Nature Bijoux and Franck Herval are very efficient for online restocking with a professional space and personal access codes. Taratata is also very reactive thanks to its showroom in Paris and very attentive employees,” says Lady Di in Montrouge. Many others still lack in reactivity despite very good collections.

Restocking is changing…so are brands!

Direct contact is also very important. Edith Petit, president at Tintamar, is a strong advocate for direct contact: “We have come back to being closer to our clients with showroom appointments twice a year since 2013. We only participate in one session of Maison&Objet in order to have a budget for organizing appointments.” Yin Mendiburu, who manages the Au Cuir du Marquis shop in Versailles, prefers these face to face encounters between labels/retailers to all other contacts: “I prefer to visit showrooms, because they offer an attractive presentation of collections…in a way that offer that could be presented in shops.” Therefore, a way of restocking while gathering ideas for merchandising and animating the store. Christel Larrieu the new Sales Manager for Catherine Parra, has a mission that concords with this idea: “Our policy is based on advice. Independent multi-brand shops are overpowered by big stores. We have to help them.”Especially since they need solutions for lightening their stocks. They often have to order large minimum orders at the beginning of the season, forcing them to overstock with very unpredictable reactivity for restocking from labels., depending on which ones they work with. The best solution? Approach  collections in a different way, favoring small series.”Tintamar offers four collections a year instead of two to find sales opportunities since the end client needs novelties…and the retailer too! It is obvious that we have problems in France which incites us to invest in more R&D to launch increasingly shorter collections,” explains the label’s president. Fossil does not work according to collections, but delivers to its multi-brand stores all year long, as long as items sell well in shops. Sequential product deliveries help lighten shop’s investments and ensure constant arrivals of novelties. “The newest tendency is that of sampling, and especially in large volumes. It incites me to develop direct sales and to use the cash and carry* method. Does that mean that labels will tend toward small collections?” wonders sales agent Sylvie Andreone. The current trend toward capsule collections already seems to answer her question. 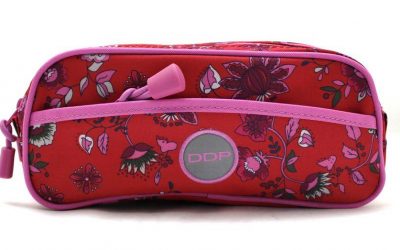 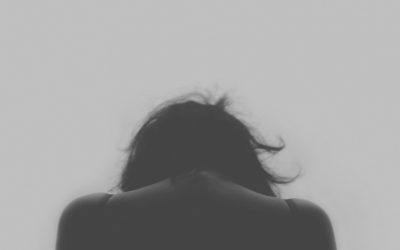 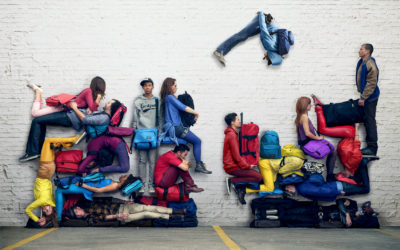 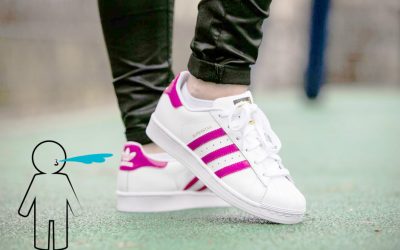 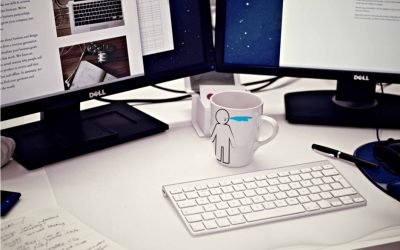 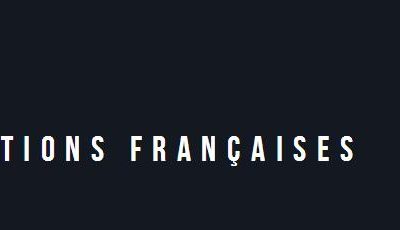